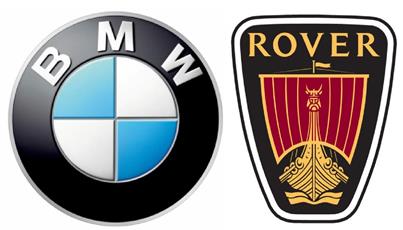 The strategic merger of BMW with the British Rover Group started in 1994, went into crisis rapidly and was abruptly dissolved in 2000. By this time, BMW-Rover was suffering losses at a rate of £2million a day. The spectacular failure has been the topic of much research ever since, yet one document has been disregarded by most. Months before separation, BMW’s internal Group Training & Development had interviewed a large sample of German managers plus some of their British colleagues, asking them why they thought things were going wrong. The document was entitled “The differences were greater than we had expected…” and suggested interesting insights into the real reasons for failure.
“Es ist doch mehr anders als man denkt . . .” – Erfahrungen deutscher Führungskräfte bei Rover und deren englischen Mitarbeiter Group Training and Development PZ-T-1 (28.06.99)
Here are two of the sentences which are representative for all:
“Interpreting what they [the British] mean is a special difficulty.”
“I often find that the Germans speak English very well … but have more difficulty in understanding the language.”
Cultural differences have often been named as one reason for explaining this failure. ‘Culture’ can, of course, be described and analysed in different ways, and no-one may claim to possess the one and only true perspective. But in this case, perhaps, it was the underlying theoretical concept, which might, in fact, have drawn the attention away from what really counts: the effective creation of functioning teams in everyday-cooperation, the realisation of what Ed Schein called ‘cultural islands’, which are characterised by the way the team-members jointly develop ways of getting on with one another – trustfully.
Naturally, this connects with language.

It is widely acknowledged that cultural codes – e.g. those relating to trust-building and rapport – are immanent in the way language is used in daily interaction. Experts call this pragmatics. Critical functions in this sense are e.g. dissenting / criticizing / refusing / giving advice / complaining / giving orders and more. These follow ‘cultural scripts’ which vary greatly and may cause misunderstanding and irritation, often without those involved noticing it. The British, for instance, may speak English like ‘at home’ – although they may be in Munich. Germans may often speak English the way they use German, Spaniards as they use Spanish etc. In other words: The way English is used internationally may be crucial for the success or failure when it comes to politeness, relationship-building and trust. This is where intercultural competence and practical language use connect.