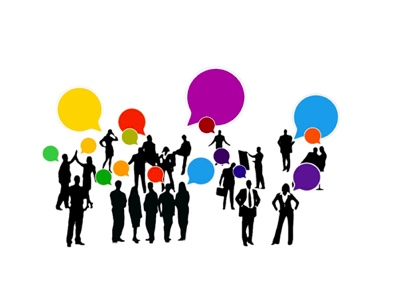 When someone, who I just met, asks me: what do you do? I answer, I’m a coach … intercultural coach. Immediately I perceive a suspicious glance because, the word coach is used in a very inappropriate way and, nowadays, everyone calls themselves coach. But, also, when I add the word Intercultural, I can observe a question mark on that person’s face. Then I begin to explain.

What is Intercultural Coaching?

Let’s start understanding: What is Coaching? It is an accompaniment process that aims to help people (or teams) to achieve their professional or personal goals or challenges, using a methodology that promotes awareness, learning, processes of change and actions, to accomplish these objectives.

What is interculturality? A concept used without much conscience of its meaning, which describes the action between two or more cultures in a horizontal and synergistic way, where none is above others, a condition that stimulates the integration and harmonious coexistence of all individuals. Claude Clanet (Professor Emeritus of Human Sciences Toulouse-France) expresses it as:

“The term “Interculturality” introduces the notion of reciprocity in the complex exchange of relations between cultures.”

Then, Intercultural Coaching can be defined as the process of accompanying people (or teams), with their challenges of working, negotiating or living with people from other cultures, helping them to interact in a fluid and efficient way, in order to create a synergistic and harmonic relationship between them.

It is aimed at all people who face the daily challenges of working with people from other cultures; leaders, managers, employees, teams, at all levels of organizations. As well as people who must negotiate with foreign interlocutors such as partners, customers, suppliers, administrative relations, government, among others. Finally, it helps professionals and their families who move from one country to another and need to adapt to the new place and the culture that hosts them.

Let’s see the case of Daniel.

Daniel is an Argentinian executive from a multinational company, working in Brazil and who has just been promoted as leader of a team made up of Brazilians, Latinos, and Europeans. In his new position, Daniel must show his technical competencies but also faces the cultural issues that a diverse team demands, as well as the challenge of living in another culture.

Without a doubt, a process of intercultural coaching will be very valuable to face this new stage.

Not only managers or leaders are faced with complex cultural situations. Local collaborators, from lower levels in organizations, also face these challenges. Think of a secretary or assistant manager who, every 3 years, changes their boss for someone of a different culture; German, Brazilian, Indian, American etc. This person probably learns on the fly and with few available resources in cultural understanding and although they manage to develop their work, it will be with costly in stress and inefficiencies in time and resources. This collaborator should also be supported with intercultural coaching.

Finally, there are multicultural teams, face-to-face and/or remote. Many researches and practical examples show that a diverse team, led by a leader prepared to handle diversity, is a valuable source of innovation and creativity. When working in a team, homogeneous or diverse, create a psychological safe space (*) based on trust is the first thing one must do.  However, in a multicultural team, this duty has greater complexities than in a homogeneous team. To create this safe space, it is necessary to:

This process takes time and leaders must invest in it, otherwise, there is a serious risk of having a diverse team with low performance or destined to fail. Preparing teams and their leaders is also a function of intercultural coaching.

Address cultural challenges in the most efficient way possible to achieve established objectives. The ultimate goal of an intercultural coaching process is to develop Cultural Intelligence defined as:

A person who develops cultural intelligence is capable of:

Knowledge; What to know? What is important to know about others, that helps to a better comprehension and relationship with people of this culture.

Undoubtedly, there are many resources that serve this purpose: Books, videos, conversations with people of other cultures, or people who have had experience with that particular culture etc. In interculturality area, there are models, concepts, and tools that also help to “read and understand” a different culture.

Understanding what is important for others facilitates the construction of harmonious intercultural relationships. The coach will use these knowledge in order to broaden their client’s vision and their actions and can form a complete idea of how other cultures work.

Awareness; What to do? Only knowledge is not enough. Developing an intercultural awareness is an important part of the process. First, let’s start with cultural self-awareness or being aware of one’s own identity and what role one’s culture plays within it. Second, be aware of others, developing an open attitude to diversity, which goes beyond the barrier of biases, prejudices, and stereotypes. Likewise, understanding how conscious and unconscious biases work and learning to overcome them helps to achieve an inclusive diversity. The coach helps to client to create this awareness as well to work their conscious/unconscious system of bias and prejudices.

Competences; How to do? Finally, no coaching process is completed if there are no changes and concrete actions that lead to the desired objectives. Here the work focuses on improving, changing or developing a broad set of skills for intercultural effectiveness. These competencies can be generic, some related to emotional intelligence, such as empathy, tolerance to uncertainty and risk, the capacity for adaptation, the development of relational capacities and other more specific ones related to interculturality.

Personally, I consider curiosity and observation vital elements, as learning engines. One of the first things I ask a client is if they consider themselves culturally curious and, almost always, they answer yes. However, many times this personal perception is not reflected in practice. The development of curiosity and observation are two essential elements in the openness towards others. Without cultural curiosity, we close ourselves to learning about other cultures, which translates into lost opportunities in business and at work.

Let’s go back to Daniel (the Argentine executive).

Daniel has to travel to an Asian country to close an important contract. Daniel is not very fond of Asian food and declines the invitation to eat at a local restaurant with a colleague, preferring to go to an Italian restaurant in the area. Apart from making a cultural faux-pas rejecting an invitation, it is clearly closing the opportunity to learn a basic aspect of that culture. What do people eat in that place? How do they eat? How do they experience the moments around dinner? All these observations would help the understanding of their Asian interlocutors and will serve as a starting point to establish a relationship of a deeper and personal level, extremely necessary when negotiating with people from these cultures.

We can be curious by asking, being informed, but you can also practice curiosity through observation. Observing how things are done, observing behaviours, observing different styles of cultural dimensions will help us better understand that culture and adapt our behaviours and styles when we are interacting with them. The observation generates the right questions we must make to understand better.

A second group of intercultural competencies to be developed are the specific competencies related to the adaptation to different cultural dimensions. The styles of communication, leadership or the way people create trust, make decisions or react to situations of uncertainty and risk, have a deep cultural component. Let’s take the leadership style as an example.

If Daniel continues to use his usual style (which has given him good results in Argentina), with his new team, he probably will not be as effective in his actions and results. Daniel will have to learn to modify some aspects of his leadership, adapting to the operation of the team. Sometimes he will be more directive, at other times he will have to listen more or create a participatory environment, he has to understand how each culture gives, receives and perceives orders, feedback, delegation etc. or how each one empowers themselves for their responsibilities. To become an effective leader for his new team Daniel, must discover the gaps that separate his current leadership style from the style that his team needs and that will be part of what will bring the coaching conversation, to work in.

Finally, an intercultural coaching process or any learning process is useless if there is no practical and real contact with Interculturality. The learning process in this type of coaching should be incorporated into the frequent interaction with people from other cultures, putting into practice the actions, changes, and competencies in which they worked during the process.