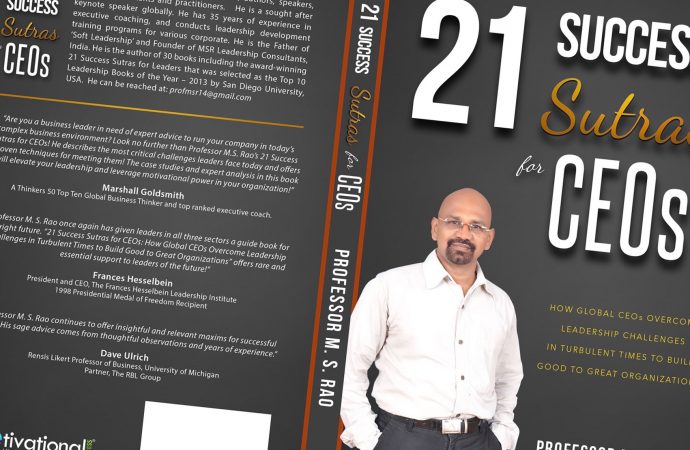 CEOs must articulate their vision effectively. Some CEOs start with the assumption that other people think the same way they do. Overcoming this mindset is really hard. The 9 higher up the ladder you are, the more likely you must reach out to people who don‘t understand what you are doing or why are doing it.

The world lost a visionary with the demise of Lee Kuan Yew who was the longest serving prime minister in the world. He was unique in many aspects. He showed direction to Singapore when it needed the most, and demonstrated to the world that everything is possible in one generation by transforming a developing nation into a developed nation. Although Singapore did not have natural resources, he converted this island nation into a prosperous country in the world with the help of human resources. He was an ideal example who demonstrated to the world about the power of human resources by leading under several constraints. It is often said that it is the bad tradesman who blames his tools, and it is the wise tradesman who works with what he has and from where he is, to deliver his goods effectively. It is true in his case as he did 10 not blame for dearth of natural resources but worked with what he had with a great vision and passion. Globally people often talk about the power of human resources and human talent. Singapore can be compared with a global company and Lee Kuan Yew with a CEO of a global company who walked his talk throughout his life. In this chapter, let us look at how he converted Singapore into a world-class nation and the leadership lessons other global leaders and CEOs can learn from him.

“I have never been overconcerned or obsessed with opinion polls or popularity polls. I think a leader who is, is a weak leader. If you are concerned with whether your rating will go up or down, then you are not a leader. You are just catching the wind … you will go where the wind is blowing. And that‘s not what I am in this for.” —Lee Kuan Yew

Example: Leadership success starts with the first key – Example. Lee Kuan Yew led from the front by aligning his deeds with his words. He cleaned the streets without any false prestige. He made Singapore as a clean city. He practiced what he preached throughout his life.

Enthusiasm: The third key to your leadership success is Enthusiasm. Enthusiasm is all about interest toward one‘s own area of activity. It sounds like passion, but it is different from passion. Enthusiasm is contagious. Lee Kuan Yew was highly enthusiastic to convert Singapore into a world-class nation.

Endurance: The fourth key, Endurance is the ability to survive shocks and setbacks. It is a state of being unruffled and undeterred when problems crop up due to external forces and factors. Leaders should not give up just because of a few setbacks. They need to demonstrate endurance at all times to inspire their followers. Lee Kuan Yew demonstrated his endurance time and again. When Malaysia was separated from Singapore, he literally wept but bounced back to build a strong Singapore.

Emotional Intelligence: The fifth key to your leadership success is Emotional Intelligence. Emotional intelligence is the ability to recognize and understand your moods, emotions, and drives, as well as their effect on others. Emotional intelligence involves listening to others, picking up the hidden data of communication, acknowledging others‘ perceptions and managing people‘s egos and emotions. Lee Kuan Yew was emotionally intelligent and managed all stakeholders. At times, he was autocratic to muzzle press and suppress his political opponents.

Eloquence: Eloquence is the sixth key to your leadership success. Eloquence involves making the speech comprehensible to all audiences. Eloquence is about being persuasive, fluent and elegant in your speaking. Eloquence is articulating your ideas, insights and thoughts with others at ease. It is one of the surefire ingredients of effective leadership. Lee Kuan Yew was good at three languages, and was an accomplished orator. 12

Execution: The eighth key to your leadership success is Execution. Execution is a systematic method of exposing, understanding and appreciating the ground realities and acting accordingly. It helps translate vision into a reality. It is the link between strategy and reality. It closes the gap between the vision and the outcome. Every leader must possess this ingredient to enhance his/her effectiveness. Lee Kuan Yew was a ruthless taskmaster who believed in effective execution. Most leaders have great visions but fail miserably due to ineffective execution. He bridged the gap between his vision and execution with his autocratic leadership style.

Excellence: Excellence is the ninth key to your leadership success. Leaders must excel in their areas in order to command respect from their followers. Excellence should not be confused with perfection. Excellence means being the best. Leaders like to be at their best and they constantly strive for delivering the best results. Lee Kuan Yew was not complacent. He detested mediocrity. He strove for excellence constantly. He learned, unlearned and relearned with changing times to build Singapore as a great nation in the world.